The pre-let is the latest deal to be signed on the popular and successful development in Bristol, the region’s largest regeneration project on the site of the former Rolls-Royce East Works site in Filton.

St Francis Group together with its development partners iSec have today announced that it has exchanged on the latest pre-let deal at Horizon-38 in North Bristol, the region’s largest regeneration project on the site of the former Rolls-Royce East Works site in Filton.

Work is due to start within weeks on a new 17,000 sq. ft flagship car dealership for Volvo Cars UK to be situated on one of the last remaining plots with frontage directly onto the A38.

Speaking about the deal Gareth Williams at St Francis Group said: “In these unprecedented times it is very pleasing so be able to make an announcement like this. Volvo and all other project stakeholders have shown a huge can-do attitude to ensure that this deal was done and we’ll be starting on site very shortly”.

Speaking for the project itself and Horizon-38 scheme in general, this deal represents another piece of the jigsaw on this hugely popular and successful 60 acre site which continues to deliver. We are looking to continue with this momentum through the last two remaining plots where commercial discussions are underway with interested parties.”

Avison Young advised the joint venture on the letting and will be retained on the investment sale.

Horizon38 was acquired by a joint venture between St Francis Group and iSec late in 2015 and since then nearly 500,000 sq. ft of new high-quality warehouse space has been built in addition to a new Village hotel and trade counters. A new Sytner Car Shop is under construction as is a state-of-the-art Global Technology Centre for GKN Aerospace. 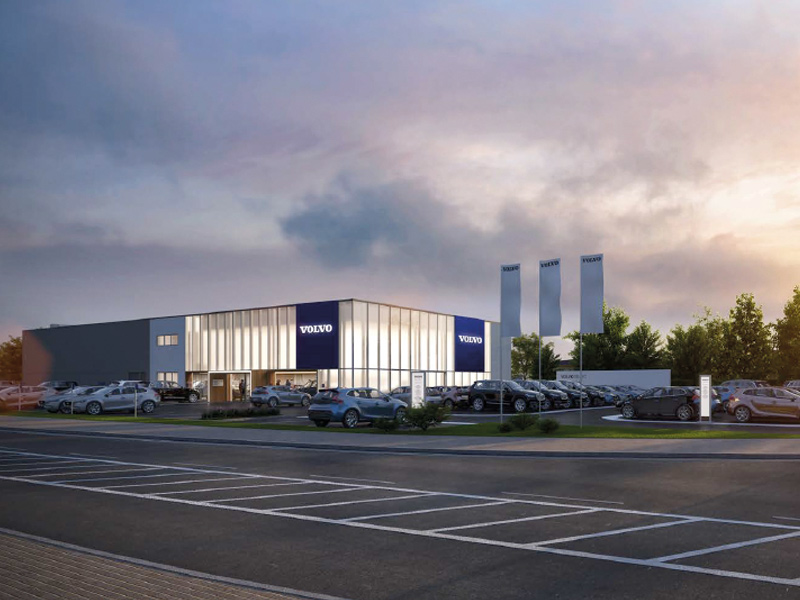